Belle Likover passed away on July 29, 2017 at her home in Shaker Heights. To Belle, activism was a way of life, and a tool used to empower those around her. Belle fought for individuals in public housing, advocated for pre-natal care and health care, expanded services for low-income seniors, and served as a role model to her fellow social workers. Belle was an ally to the ACLU of Ohio, and a dear friend to many staff members throughout the years.

"I believe in what the ACLU stands for – the preservation of our Bill of Rights. There are many organizations that take on one facet of civil liberties, but the ACLU takes on the whole spectrum.” — Belle Likover

Tikkun Ha’Olam – which means repairing the world in Hebrew – was Belle's guiding principle.
She unintentionally fell into a career that would lead her to become an advocate for social justice.
Born in 1919, Belle Likover was raised in Beaver Falls, Pennsylvania during the Great Depression. She participated in her high school debate team, which played an integral role in developing her speaking and thinking skills. Belle attended The Ohio State University intending to major in chemistry, but after receiving discouraging comments from professors because she was a woman, she switched to psychology.
Belle was widowed when her first husband died in WWII. After graduating, Belle moved to Cleveland in 1945, to work as a research associate in the Institute of Pathology at Western Reserve University School of Medicine.
Several years later, the Jewish Community Center (JCC) asked her to work with the elderly on arts and crafts activities. Inspired by her involvement with the JCC, Belle pursued a master’s degree in social work, which catalyzed a long career in working on behalf of the elderly.
Belle was a delegate to the White House Conference on Aging, and presented testimony on senior needs to congressional, state and county commissions. She created the Coalition to Monitor Medicare Managed Care, among many other accomplishments.
The Likover family included Terri, Rachel, Joe and Lewis. Belle's husband, Ed Likover, served in many roles with the ACLU Cleveland Chapter. After he died, she created the Ed Likover Memorial Lecture in 1992 to educate community members on civil liberties issues. The lecture series has featured many influential leaders, including Senator Russ Feingold, Drug Police Alliance Executive Director Ethan Nadelman and Piper Kerman, author of the memoir, Orange is the New Black: My Year in a Women’s Prison.
Among her many awards, Belle Likover received the Max and Frieda Davis Tikkun Ha’Olam Award in 2014 from Temple Emanu El for her lifelong dedication to repairing the world.

Belle’s obituary can be read online.

The memorial service for Belle Likover was held on August 6, 2017 at Berkowitz-Kumin-Bookatz Memorial Chapel, through whose courtesy this video is provided. 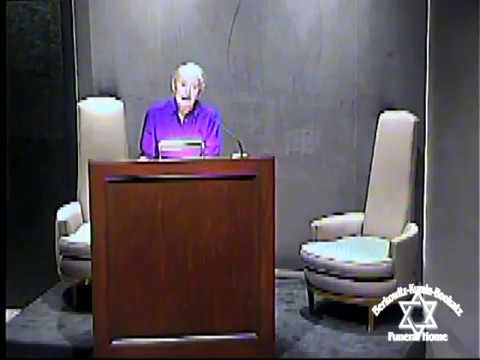 You can honor Belle Likover by making a gift to the ACLU of Ohio Foundation.