J. Bennett Guess, a civil liberties activist and minister, is the new Executive Director of the ACLU of Ohio. On July 1, Ben succeeded Christine Link, who retired after 27 years at the helm.

12 Things to Know About Ben Guess

1. Ben spent 17 years in executive and senior-staff roles with the national headquarters of the United Church of Christ, based in Cleveland. He has been deeply involved in the UCC’s advocacy for racial, social, gender and economic justice.

2. Before moving to Cleveland in 2000, Ben was pastor of Zion United Church of Christ in Henderson, Ky., one of the first LGBTQ-affirming churches in the state. He was the founding co-chair of the Kentucky Fairness Campaign, the state’s leading LGBTQ advocacy organization. He currently serves on the board of the National LGBTQ Task Force in Washington, D.C.

3. Ben led the effort to open an on-site Planned Parenthood clinic at the church he served in Henderson, Ky. He also co-founded, through the church, Matthew 25 AIDS Services, which remains one of Kentucky’s largest providers of health services to persons with HIV. 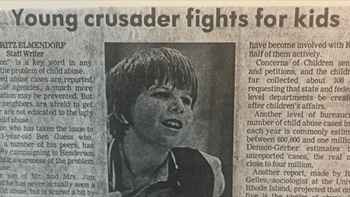 4. At the age of 11, and continuing for several years, Ben led “Kids Need Rights Too,” an organization which advocated for the wellbeing of Kentucky children and for the creation of a federal U.S. Department for Children.

5. Ben was a board member of the ACLU of Kentucky, which often called upon him to testify before the state legislature on civil liberties issues.

6. A former editor, and later publisher, of United Church News, the UCC’s national newspaper and news service, Ben advocated and editorialized for the importance of an independent church press, free from editorial oversight of denominational executives. (He learned well from his predecessor, editor emeritus W. Evan Golder, an ardent, longtime supporter of the ACLU of Ohio.)

7. Ben received his B.A. in journalism from the University of Kentucky, where he was a columnist and senior staff writer for the Kentucky Kernel daily student newspaper. After graduation, he was a reporter for the Bowling Green (Ky.) Daily News.

8. An advocate for the rights of migrant farm workers, Ben has served on the boards of the National Farm Worker Ministry, Interfaith Worker Justice, and National Jobs with Justice. 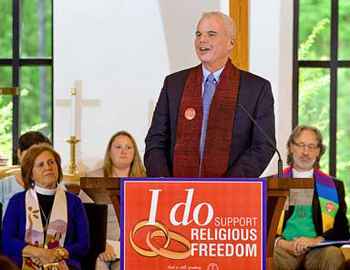 9. Ben was a lead spokesperson in the case, UCC v. Cooper, which brought marriage equality to North Carolina in 2014, and eventually the entire U.S. Fourth Circuit. It was the first federal case that successfully argued for marriage equality on both religious freedom and equal protection grounds.

10. Ben is a board member of the Museum of Contemporary Art Cleveland, one of Northeast Ohio’s most vigilant institutions committed to freedom of thought and expression. He’s also an active member and supporter of The City Club of Cleveland, the city’s venerable guardian of free speech and public discourse.

11. Ben completed graduate studies in public policy and administration at Murray State University and received his Master of Divinity from Vanderbilt University. He earned his Doctor of Ministry at Chicago Theological Seminary, which named Ben its Distinguished Alumni in 2014, citing his lifelong justice advocacy. 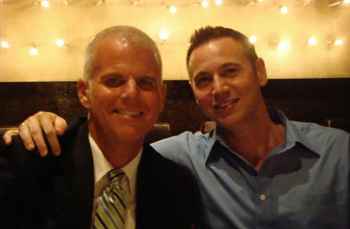 12. Ben's partner, Jim Therrien, is a native Clevelander. Ben and Jim were one of the first out-of-state, same-gender couples to receive a marriage license in Massachusetts. They own a home in Cleveland’s Edgewater neighborhood, and are busy looking for a home in Columbus.

You can read Ben's bio on our staff profiles page.

Read Ben's Op-Ed in Cleveland.com "Why A Minister Is At The Helm of the ACLU of Ohio."