A Call for Justice: ACLU of Ohio’s Pay-to-Stay Press Conference

On Monday, November 9th, 2015 the ACLU of Ohio held a press conference to launch its newest and powerful report, In Jail & In Debt: Ohio’s Pay-to-Stay Fees.

Senior Policy Director Mike Brickner spoke briefly to the media about what these fees are and their negative and lasting impact. He detailed the financial and emotional strain that many formerly incarcerated Ohioans must bear as they attempt to successfully reintegrate after their release.

David Mahoney shared his disheartening experiences about dealing with Pay-to-Stay fees firsthand. Now sober, he battled with alcohol and cocaine addictions for years. During his addiction, he committed crimes landing him in Marion’s Multi County Corrections Center several times. His visits totaled to a staggering $21,000 debt as a direct result of Marion’s pay-to-stay policy.

Criminal justice reform is more pressing now than ever. Ohio’s jails and prisons remain outrageously overcrowded at 130 percent capacity. In attempts to recoup the cost of incarcerating so many people, counties are charging pay-to-stay fees to people in their jails. We are urging the state to reconsider and eliminate these fees that exploit and criminalize people who are poor.

Below are pictures and quotes from the press conference.

ACLU of Ohio regional director Adrienne Gavula addresses the press and opens up the event. 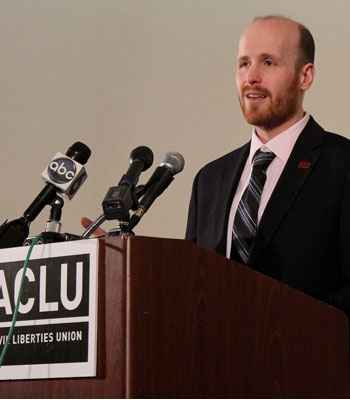 "We can’t hope to balance our budgets on the backs of low income people. First of all, it’s bad policy but second of all, it just won’t work. These people can’t pay and when we force them to and when we put up barriers, we make it harder for them to actually be successful and we only hurt ourselves and our community." 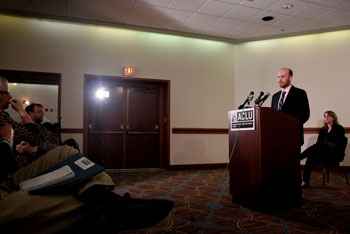 Reporters listen as Brickner explains the cyclical trap many Ohioans are snared into after being charged pay-to-stay fees. 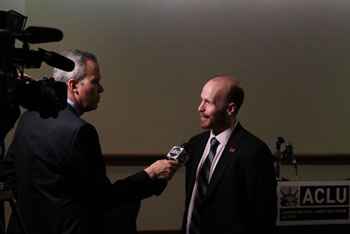 "They load people returning to our communities with debt that they often times have no hope to pay. While those who owe these debts are not sent directly to jail for failing to pay them, they function almost no differently from modern day debtor prisons. When you take away a person’s ability to obtain a job, housing and education, it should come as no surprise when he ends up back in the criminal justice system." 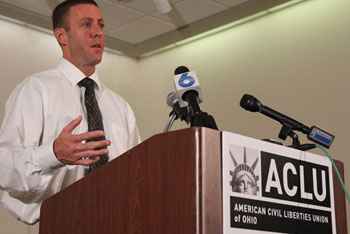 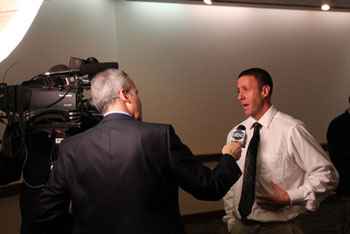 David Mahoney being interviewed by Channel 6.

"I am paying court costs, fines and restitution. And then to slap on pay to stay fees on top of it, which my current fee is $21,000, there’s no way I can pay that. I’m not in any situation in my life right now to be able to pay that. And unfortunately, that’s what happens with a lot of people." 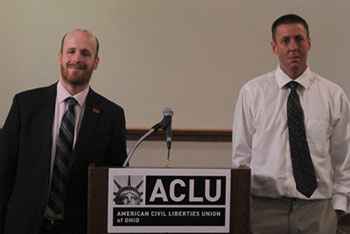 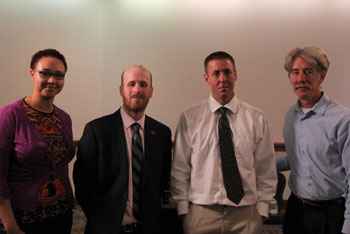 Learn more about the policies and people impacted by Ohio’s pay-to-stay fees.

Learn more about the work the ACLU of Ohio has done on mass incarceration, solitary confinement, and mental health.