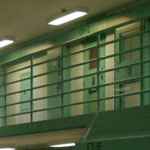 This post is part of the joint report between Disability Rights Ohio and the ACLU of Ohio – “Shining a Light on Solitary Confinement: Why Ohio Needs Reform.” Take action to reform solitary confinement in Ohio.

Justin committed a crime. He was found guilty of aggravated murder and robbery, along with two others.

He was 21 years old when he was sentenced 25 years to life. However, his story starts well before.

Justin has had mental health problems his entire life, everything from being diagnosed with ADHD and bi-polar to obsessive compulsive disorder. His paperwork from doctors fills an entire shoe box. He has a learning disorder and previously received services from the Portage County Board of Developmental Disabilities. Justin reads at a third grade level and is at a fifth grade level for math. He was on an individualized education plan while in school. His mother Kathy would often have someone stay at the house to watch Justin while she ran errands, even when he was 19 years old.

“They need to start helping him get paroled in 25 years. If they let him out after that long in solitary, he’s going to flip out and it’s going to be dangerous.”

“Justin can’t stay focused on one topic for more than 60 seconds,” older brother Frank shared. “Even though I was only three years older than Justin, I was way older than him intellectually and in how I lived my life.”

Justin was in a mental health hospital for the first time at age 11, bouncing in and out until he landed in prison. Since being sentenced to prison and subjected to prolonged isolation without any treatment, Kathy’s health declined. She has had two heart attacks, her panic has increased exponentially, and she’s fallen into deep depression. “I’m in near constant panic and worry.”

Kathy talks to Justin twice a month for 15 minutes, sometimes splitting the time with Frank. Justin has two children, ages six and seven, but never gets to talk to or see them because the round trip to Lucasville takes over ten hours and the visit is for three hours behind a glass, no contact.

Kathy shared, “I have health conditions that make sitting for long periods difficult. I’m also diabetic and need to check my sugar regularly. Once I go into the prison to visit, I’m not allowed to go out to my car to check my sugar. If you leave, you’re not allowed back in.” Visiting is difficult for the entire family.

Frank shared a memory of coming home after five years in prison and cooking his mom Thanksgiving dinner. Kathy would not eat Thanksgiving dinner because Justin was not there to enjoy it. Frank said it has been hard to watch his mother worry about Justin and watch her miss him so much.

Justin is in a cell for 23 hours a day and gets an hour of recreation only three days a week. He receives little to no programming.

Frank said, “It’s sad to talk to Justin. He doesn’t know how to communicate outside of solitary. He can’t touch another person. He’s not learning. He’s not growing. They just throw him in the hole and forget about him.”

Justin wrote his brother Frank for a month about a throbbing toothache. Despite asking prison staff, Justin wasn’t receiving medical attention. Frank explained that Justin can take pain for only so long before he acts out to get attention and be seen by a dentist.

Frank said, “I don’t think it’s hit him yet. He doesn’t understand this is his life until 2034 when he’s up for parole.”

Justin’s conduct reports stack thick, ranging from clogging the toilet to messing with the sprinklers to harassing the guards. If Justin continues accumulating conduct reports, it’s unlikely he’ll be paroled in 19 years.

“If there is nothing to help with this, he’s going to stay stuck and keep getting in trouble. They work so hard to tell you no, they forget how easy yes can be. If they helped Justin, their lives would get easier. Solitary is bad for the whole system.”

“Justin has no ability to control his emotions or pain. It’s like he’s a child and the only way he knows is to act out,” said Frank. “He’s like a 10-year-old monster, except he’s over 200 lbs. There’s no respect or acknowledgement of why he’s acting out.”

Justin will often tell Frank that corrections officers are being mean to him and he doesn’t understand why. “Yes, he committed a crime and should do his time, but he’s mentally ill. The state still has a responsibility to treat him and not just lock him up and throw away the key. Prison is for rehabilitation too. Nothing that’s happening to Justin is rehabilitative.”

Frank continued, “He seeks attention in prison. He is short tempered and goes from zero to a hundred in a minute. If there is nothing to help with this, he’s going to stay stuck and keep getting in trouble. They work so hard to tell you no, they forget how easy yes can be. If they helped Justin, their lives would get easier. Solitary is bad for the whole system.”

Kathy feels if Justin could get out of solitary then everything would improve. “If I could see him more, if I could be there for him more, it would get better. He listens to me. Calling more often would ease his mind. If I could hold my baby, it would ease so much of my stress and his.”

Frank said he bought Justin a CD player, and that’s pretty much all the stimulation he gets. “They need to start helping him get paroled in 25 years. If they let him out after that long in solitary, he’s going to flip out and it’s going to be dangerous.”