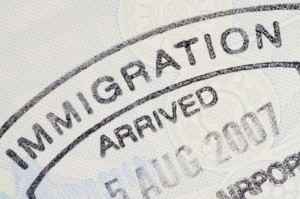 There is a crisis going on and, like all crises, things are not working out perfectly. In this case, the latest concern is the estimated 57,000+ people who have found their way to the southern border of the U.S. and into the country.

These migrants fled their home countries in Central America to escape widespread violence overwhelmingly fueled by criminals and gangs. A large amount of those on the run are children who, as they grow older, are forced to participate in these gangs or are simply murdered.

The stories of their travels, what they have encountered, and the conditions causing them to leave behind family and familiar surroundings are horrifying.

If forced to endure similar circumstances, how many of us would not head north to the country that proclaims - Give me your tired, your poor, your huddled masses yearning to breathe free?

While those words can be found at the base of the Statute of Liberty, some Ohio lawmakers would apparently replace them with “closed for business – go home.”

That is the message sent with the introduction of House Bill 605, legislation that would cut all state funds to local communities that agree to temporarily house and assist these children and others. The end of money for police protection. Zero for schools. Nothing for road repairs.  So much for “local control."

This is unfortunate, to put it politely. We look to our elected officials for leadership. Instead, supporters of this bill have tipped their hands to show how little faith they have in their fellow Ohioans (and the cities and counties that make up our great state).

I believe in an Ohio that rolls up its sleeves to help people when they are most desperate. I am confident Ohio is full of people smart enough to overcome what are some legitimate concerns.

Perhaps, some day, supporters of this bill will have as much faith in their constituents and their state as I do.

ACLU of Ohio Calls on Biden Administration and Local Sheriffs to...

“How Did We Get Here?” An Historical Reconciliation

WHY WE CAN’T STAY SILENT.