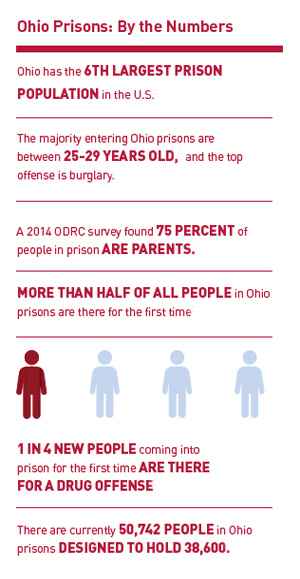 Solitary confinement goes by many names in Ohio – restrictive housing, local control, disciplinary control, protective custody, or administrative segregation. No matter what you call it, solitary confinement is extreme isolation in a cell for 21+ hours a day.

Solitary confinement is often used as a first resort for minor rule violations like making too much noise, talking back to a corrections officer, testing positive for drugs, possessing of too many items, awaiting transfer to a different facility, or even as housing for people who have attempted suicide.

The chart below shows the time allotted to various activities for prisoners based on their security level. Prisoners with a security level 5b, 5a, or 4b are in solitary confinement at all times.

When an individual is sent to a maximum-security prison, they are in solitary confinement for a long time. In the best of circumstances, it will be two years before they can be with other people and that is only if they receive a reduced security level at each review.

62% spent less than 1 hour outside their cell in a typical day. 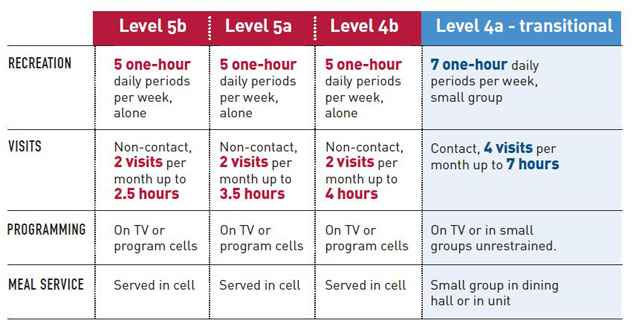 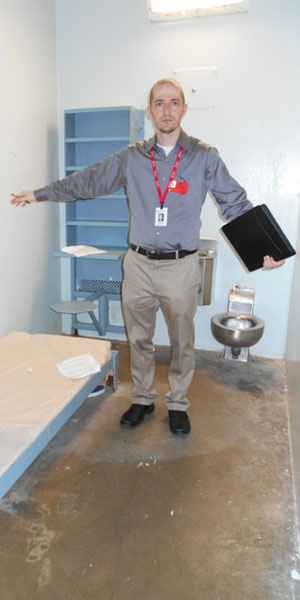 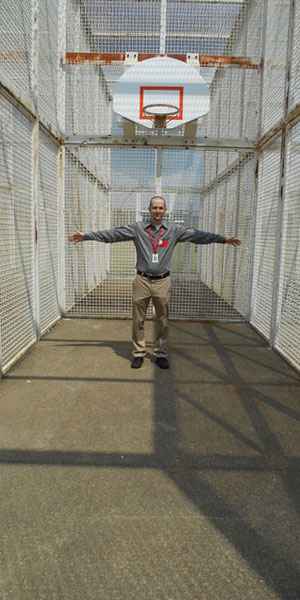 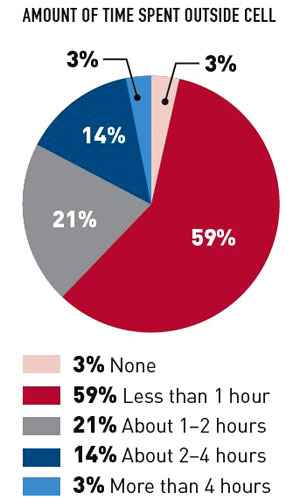 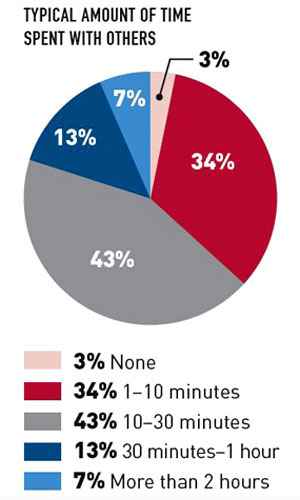 Prisons serve as the largest provider of mental health services in the state; they serve 10 times more people with mental illness than our state psychiatric hospitals. Instead of focusing on treatment, we use punishment – including solitary confinement – as our means of rehabilitation.

Solitary confinement is not effective or necessary. But, some proponents still describe why they think solitary confinement is necessary by telling personal stories or by recounting a horror story of a violent incident in a prison. But, there is a reason that their arguments rely on anecdotes: the evidence is overwhelming that solitary does not make a prison safer. 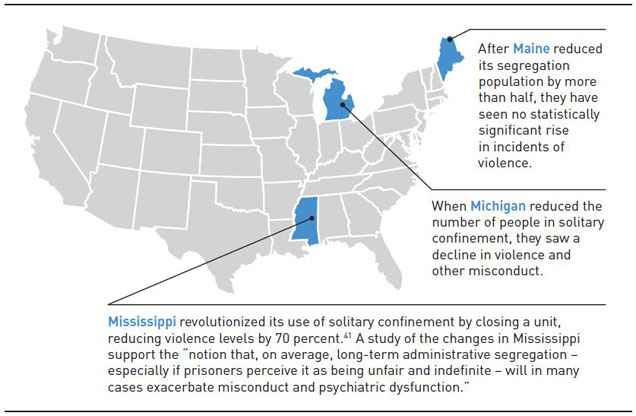 It is time for Ohio to respond to the overwhelming evidence that solitary confinement is unsafe and ineffective—especially for people with mental illness—and to implement reforms that will make Ohio a national leader. ODRC has taken steps forward by employing presumptive release, which allows prisoners to reduce their security level months or years earlier than under prior policies. However, these steps alone do not go far enough to protect people with mental illness and other vulnerable people from the destructive impact of solitary confinement. ACLU of Ohio and DRO encourage the Ohio Department of Rehabilitation and Correction to make their reforms as strong and effective as possible.

Back to Shining a Light on Solitary Confinement: Why Ohio Needs Reform

Hear the stories of people living in solitary confinement in Ohio

This is a joint report by the ACLU of Ohio and Disability Rights Ohio.

Protecting The Rights Of People With HIV/AIDS: How the ACLU of Ohio...

Voting Rights for Ohioans with Disabilities

Disability Rights Ohio and ACLU of Ohio See Promise and Concern in...