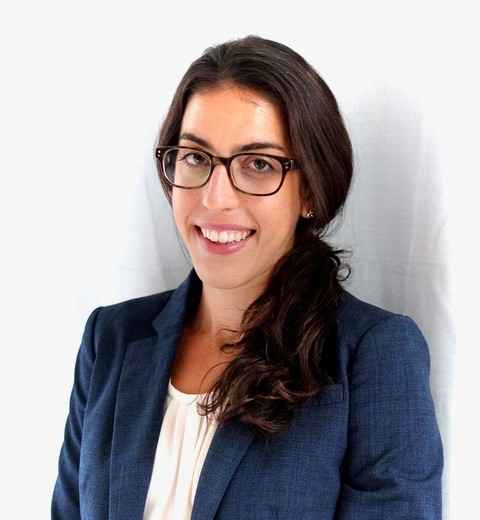 Amy Gilbert is a Staff Attorney with the ACLU of Ohio.  Amy comes to the ACLU of Ohio by way of the ACLU of Northern California, where she engaged in high impact civil rights litigation as a Staff Attorney.  At the ACLU of Northern California, Amy’s work primarily focused on broad criminal justice reform, seeking to end unjust laws, policies and practices that disproportionately harm communities of color.  After the passage of California Senate Bill 1421, Amy worked to facilitate, navigate and litigate its implementation, providing the public with new access to police personnel files in incidents of officer involved shootings, serious or deadly uses of force, and sustained findings of dishonesty or sexual assault.  In the wake of the COVID-19 pandemic, Amy engaged in outreach and advocacy with courts throughout the State of California to prevent the public and the press from having their constitutionally protected right to view judicial proceedings unnecessarily curtailed and was involved in litigating American Civil Liberties Union of Southern California et al. v. Harber-Pickens et al. to ensure meaningful public access to judicial proceedings in Kern County Superior Court.  As the number of COVID-19 cases rose throughout the State of California, Amy was also involved in filing the class action lawsuit Criswell v. Boudreaux to compel the Tulare County Sheriff to take immediate precautions to prevent a severe spread of COVID-19 among incarcerated people and release as many medically vulnerable people as possible to home confinement.

Prior to her time at the ACLU, Amy worked at a law firm where she engaged in complex civil litigation.  She also clerked for the Honorable Mary L. Mikva in the Chancery Court of Cook County, Illinois, and was a Public Interest Fellow at Legal Aid Chicago.  Amy received her undergraduate degree in 2009 from the University of Michigan and her J.D in 2014 from Loyola University of Chicago School of Law where she was a Child Law Fellow.  As a law student, Amy co-facilitated a class at the Cook County Juvenile Detention Center teaching detained youth their constitutional rights.  She also served as the Editor-in-Chief of the Children’s Legal Rights Journal and externed with the Honorable Robert W. Gettleman in the United States District Court for the Northern District of Illinois.  Amy’s law school coursework also took her to Ethiopia and Thailand to better understand each country’s legal systems.  Each of these experiences instilled in Amy a desire to stand up against injustices and ensure the equal protection of our laws for all people.

Amy is thrilled to join the ACLU of Ohio, working alongside and learning from a team of dedicated, passionate and inspiring individuals.  Outside of work, Amy is most proud of becoming a certified yoga instructor, climbing Mount Kilimanjaro on her honeymoon, and her two adventurous and curious daughters.