Ohio’s General Assembly has a serious mass incarceration problem. Each year, legislators of both parties introduce laws that create new crimes or extend the scope of existing laws and lengthen prison and jail sentences. This is the Statehouse-to-Prison Pipeline.

The sweeping expansion of criminal law into peoples’ lives should concern elected officials in both parties. Our jails and prisons are overflowing, somewhere around 115% capacity. Considered alone, many criminal sentencing bills may sound innocuous. Individually, few add significantly to the prison population. But, together, year after year, the lawmaking practice of ceaselessly inventing new crimes and longer sentences causes the tide of imprisonment to rise. It’s mass incarceration by a thousand cuts. Even when crime falls, imprisonment does not. And Ohio families, communities, and taxpayers are bearing the brunt of our growing criminal justice system. 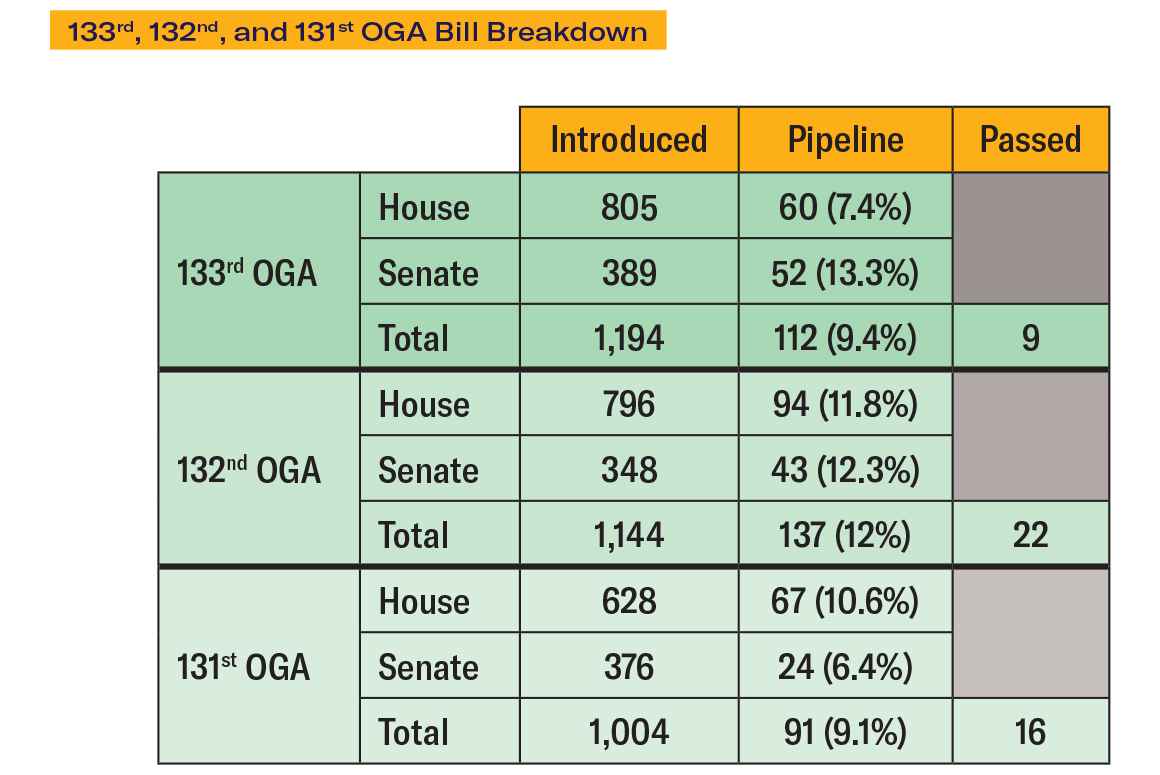 The ACLU of Ohio has been monitoring the Statehouse-to-Prison Pipeline for the past six years. Nearly 1 out of 10 bills introduced, in either the House or Senate, creates a new crime or expands sentences. 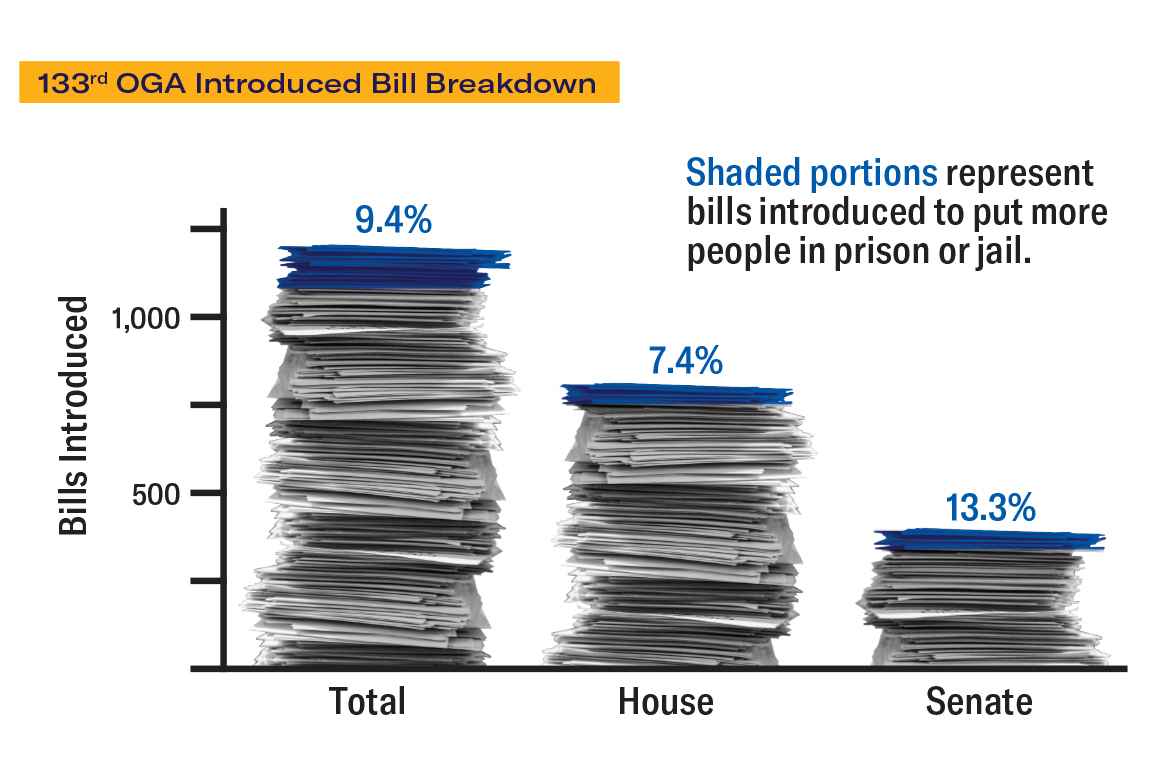