The Criminalization of Free Speech: A Through Line from 1894 to Present

127 years ago this week, a group of 500 unemployed men neared the end of their march from Massillon, Ohio to Washington, DC, with plans to arrive on May 1. The nation was in the grip of the largest economic depression to date. The group, known as Coxey’s Army - named for its leader, Massillon business owner Jacob Coxey - was headed to Washington to advocate for public investment in the nation’s infrastructure, at a time when unemployment was at record levels. This “petition in boots” was considered by many to be the first March on Washington.

Having stepped off in Massillon with a group of 100 on Easter Sunday, March 25, 1894, the marchers had endured many hardships along the way, and they had seen their numbers shrink, then swell, shrink again, then grow steadily as they approached Washington, DC. While originally treated in the press with bewildered amusement and with a focus on some colorful characters, coverage of the march changed as the crowds receiving the marchers grew. News articles became more sympathetic, and Coxey’s ideas of good roads and public investment were now presented with an air of legitimacy.

And thus, the powers began to worry. As a result, they initiated a campaign to portray Coxey and his marchers as a threat. (Sounds familiar, right?) Plans were put into motion which would ultimately thwart the efforts of citizens to exercise their First Amendment right to free speech. And to provide a distraction from the purpose of the march.

According to New York Times and Chicago Post articles dated April 9, 1894, local and federal officials and police identified numerous laws and ordinances that could be utilized to put an end to the march:

When the marchers arrived in the nation’s capital on May Day, 1,500 police and thousands of spectators were waiting for them. The police arrested Coxey as he stepped up to speak, and charged him with trespassing.  The marchers scattered.

Fast forward to today. With calls for racial justice resulting in huge demonstrations across our country in the wake of police killings of Black people, state legislatures are enacting anti-protest laws that will chill First Amendment activity.

And Ohio is no exception in these attempts to criminalize protest. Four bills currently in our legislature - HB 22, HB 109, SB 16, and SB 41 - create new crimes and increase penalties for protesters who are present at demonstrations where violence occurs.

Sponsors are using the usual language of “lawlessness,” “violence,” and “destruction.” And painting with a broad brush, to associate protesters with those acts, even to the point of comparing those who engage in civil disobedience with terrorists.

The bills seek to expand the definitions of terms like “obstruction of justice” and “interfering with an officer.” The result, as outlined by ACLU of Ohio Chief Lobbyist Gary Daniels in his March 16, 2021 testimony on HB 22 before the House Criminal Justice Committee, is that the lack of clarity in terms and language will most certainly lead to increased problems among citizens and law enforcement.

But we can be clear: only a small portion of protests turn violent, and an even smaller amount of protesters engage in violence. The purpose of these bills is to intimidate; to prevent people from even engaging in protest.

It’s 1894 all over again. Go back to that list of laws and ordinances that were employed to address the Washington protest.

50 years to the day after the original march, Jacob Coxey returned to Washington, D.C. and gave his speech on the steps of the capital. By that time, many of the reforms that he had proposed had been put into place. (The New Deal’s Works Progress Administration serving as a prime example. 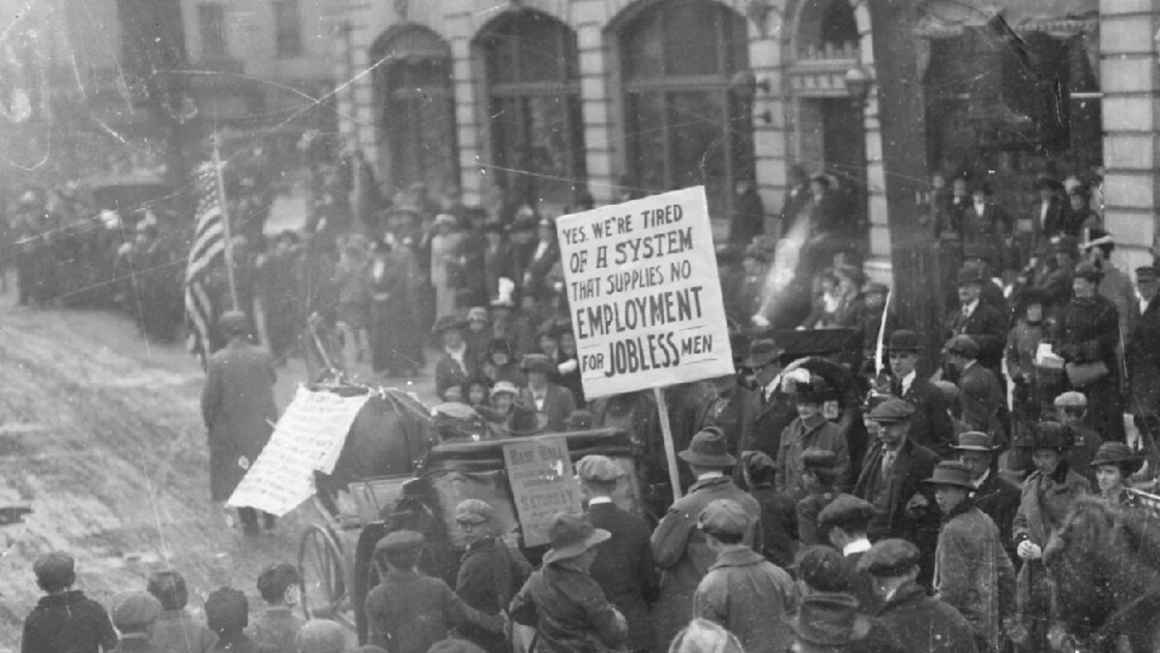