Darryl Fairchild, pastor of Bellbrook United Methodist Church, stands tall among advocates for online voter registration in Ohio, despite using a wheelchair since a 1992 bicycle accident.

Fairchild served as the community organizer for Vote Dayton, which later became Lift Greater Dayton, a non-partisan organization of churches, synagogues, mosques, schools, community centers, and unions working for justice and a better city. His efforts and those of his fellow volunteers assisted 900 individuals to register to vote in 2008 alone.

“I believe voting is a sacred act of democracy for citizens to be fully included in their community. While we’ve made strides, we really need online voter registration in Ohio, especially for those with disabilities.” ‒ Darryl Fairchild

“I’ve worked extensively with lower-income persons and those with disabilities,” Fairchild said. “Ever since I began non-partisan voter registration work, I’ve seen our present system doesn’t work for them. Registration is no great challenge to most citizens, but for those with disabilities, that’s not true. The mountains before them are high: getting a ride to the board of elections or relying on transports with special lifts; completing applications they often don’t understand; and not possessing the required documentation. Even getting a stamp to mail a downloaded voter registration application can be a challenge. The working poor and those having a disability don’t have time for all this. Their energy is needed just to get through their day.”

Online Is the Answer! 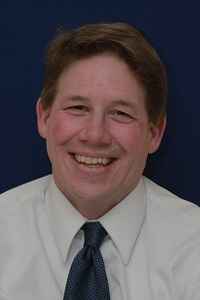 “I see my career and my calling as making a difference in the world. Ministry and helping the community are one and the same to me. I believe voting is a sacred act for citizens to be fully included in their community, so I’ve advocated consistently for get-out-the-vote, Golden Week voting, Sunday voting, and evening voting. While we’ve made strides, we really need online voter registration in Ohio, especially for those with disabilities.”

For more about the initiative to bring online voter registration to Ohio, check out Online for All.

Fred Ross is a volunteer for the ACLU of Ohio.

HB 458: What Changed and Why Does it Harm Ohio Voters?

Voting Rights for Ohioans with Disabilities