Jump On the Discrimination Train. Free Rides On the Hobby Lobby Express. 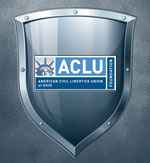 The Hobby Lobby decision is only about a week old, but it still promises to steamroll over many people’s rights if left unchecked. Here’s how:

Let’s start with reproductive rights. Just after the Supreme Court issued its decision in Hobby Lobby, it issued orders for six pending cases all challenging the contraceptive mandate of the Affordable Care Act (ACA) on religious grounds. Appeals courts must reconsider decisions denying employers’ claims objecting to the mandate. The lower court decisions in favor of the employers will stand. Some of these employers are seeking to deny coverage for all contraceptives and even counseling and education related to contraception. Not only do some employers want to deny you birth control, they also want to make it even harder to educate yourself on it.

It did not take long for someone to request an exemption from antidiscrimination protections for lesbian, gay, bisexual, and transgender (LGBT) people. The day after the Hobby Lobby decision, a group of religious leaders asked President Obama for an exemption from a forthcoming executive order that will prevent federal contractors from discriminating against LGBT people. They ask to “find a way to respect diversity of opinion on this issue in a way that respects the dignity of all parties.” What is dignified about hating someone because of who they love? What is dignified about treating someone as a second-class citizen not worthy of equal rights?

We have already seen efforts to promote discrimination of LGBT people this year. The defeat of the Arizona bill giving license to discriminate based on religion brought national attention to a movement across the country. This movement is brought to you by the haters of Alliance Defending Freedom and The Becket Fund, among other groups.

Nineteen states have their own Religious Freedom Restoration Acts (RFRA). Several states this year tried to pass similar legislation, but most met with defeat. Ohio introduced a bill this year that is more expansive and harmful than the federal RFRA. The Arizona bill was vetoed due to the outcry of opposition to discrimination. A day later the Ohio bill was indefinitely postponed. The drafters claimed to have no clue that anyone wanted to discriminate against LGBT people. Maybe this is a glimmer of hope for equality in Ohio, but we will likely see this bill introduced again as the Hobby Lobby decision provides a free pass to ignore antidiscrimination laws.

If you think discrimination is wrong, then do something about it. Stand up for equality. Resist the outcries of hate masked as false religious claims. Join organizations like the ACLU to protect individual freedoms and civil liberties.

Because freedom can’t protect itself.

A Toolkit For Reproductive Freedom

ACLU of Ohio Places Billboard Advertisement Outside of Lebanon with...