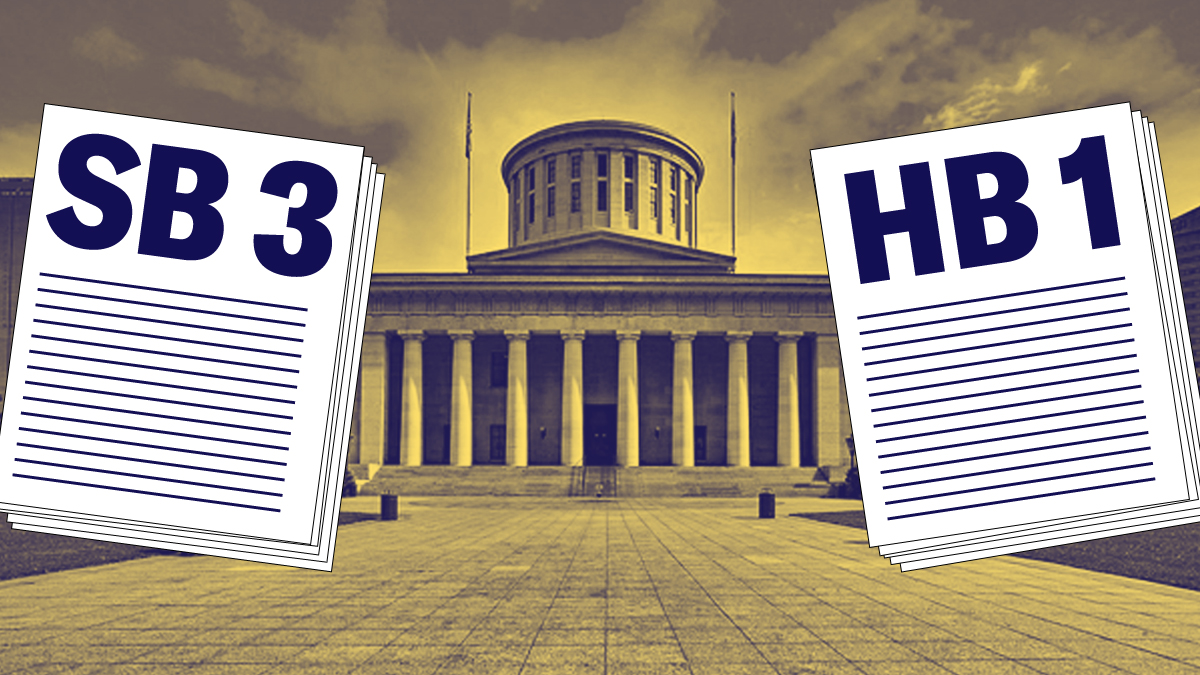 Right now, Ohio spends over $1.8 billion every year to hold nearly 50,000 people in prison. Many of those prisoners struggle with addiction, and many are locked up for simple drug crimes.

Throwing people in prison has not solved our state’s drug problems – but it has hurt thousands of Ohio families. It’s (way past) time to focus on treatment, recovery, and programs that keep people out of prison once they’re released.

There are two bills moving through the Ohio Statehouse right now that would lower Ohio’s prison population: Senate Bill 3 (SB 3) and House Bill 1 (HB 1). Some people think the bills are at odds with each other, and that only one will make it to the finish line; but here’s the truth: SB 3 and HB 1 are completely different bills – there isn’t much overlap. Legislators can and should pass both.

See our one-pager for a quick analysis on each bill.

SB 3 is a drug sentencing reform bill. Its goal is to punish people selling drugs and help people struggling with drug use. In short, SB 3:

Sponsors: Phil Plummer (R), Paula Hicks-Hudson (D)
Committee: House Criminal Justice Committee
Where is it now? HB1 passed the House, 90-6, on 6/19/19. It now moves to the Ohio Senate (no committee assignment yet)
More Information
The ACLU of Ohio supports HB1.

In short, HB1 would:

SB3 AND HB1 BOTH PRIORITIZE:

Sealing records: The main overlap between SB3 and HB 1 involves sealing records for people who are no longer in the court/prison system. If we allow people to have their records sealed, they will have a much better chance at getting good jobs, rebuilding their lives, and ending the cycle of incarceration.

BOTTOM LINE: There is not enough overlap between these bills to only pass one of them. With a relatively small number of changes, these two bills would address very different, but equally important, pieces of the sentencing reform puzzle.

Together, these two bills can help lower Ohio’s prison population, save the state millions of dollars, and help more Ohioans rebuild their lives after going through the court system. Tell your Ohio legislators to pass both.