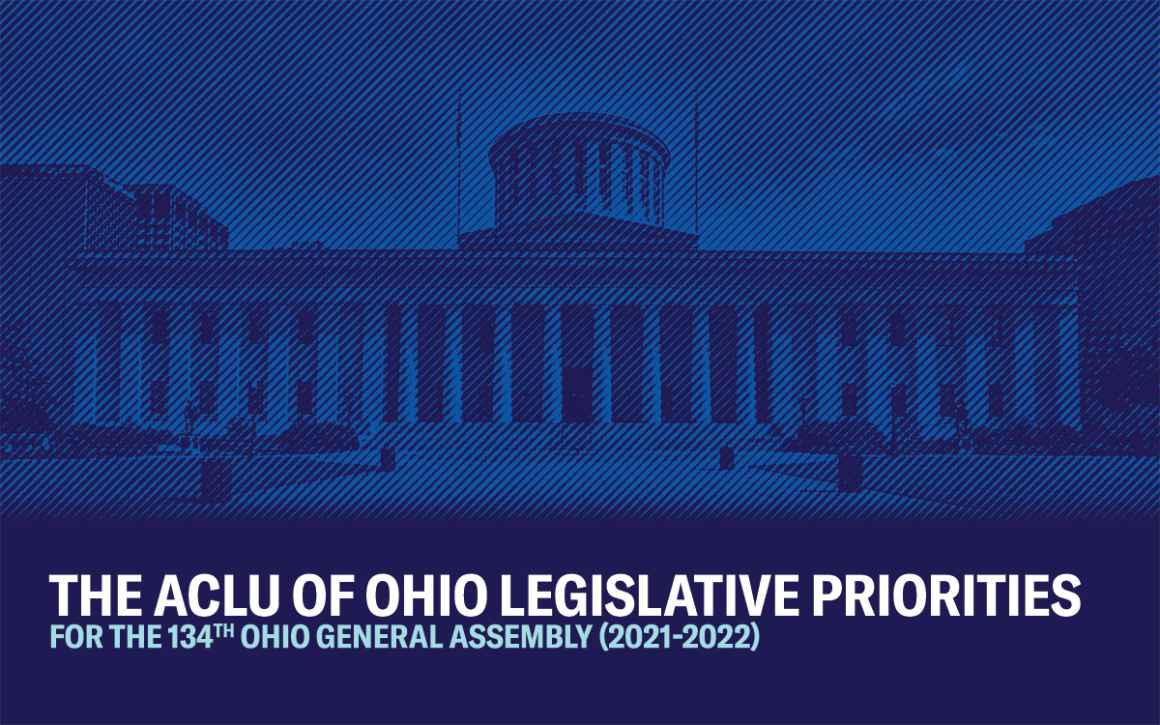 Cash bail creates a two-tiered system of justice in which people who can afford their freedom go home to their families, and those who cannot are forced to suffer in jail. On any given day in Ohio, there are as many as 12,000 people held pretrial. This causes devastating ripple effects for our communities, our institutions, and our economy; with disproportionate negative impacts on Black and Brown Ohioans. Legislators from across the aisle introduced companion legislation, SB 182 and HB 315, that will eliminate wealth-based detention, and repair our broken bail system. The bills achieve this by guaranteeing everyone who is arrested will receive an initial release decision within 24 hours. These determinations will not be based on the size of one’s wallet, but their individual circumstances. This session we have the opportunity to ensure that each and every Ohioan is treated fairly, regardless of skin color and ability to pay.

The death penalty is an expensive, ineffective, racist, and arbitrary system that puts innocent lives at risk. The ACLU of Ohio is fighting to abolish the death penalty in Ohio along with Ohioans to Stop Executions, Intercommunity Justice and Peace Center and a broad group of partners from faith leaders to conservative allies and everyone in-between. This session identical, companion bills - House Bill 183 and Senate Bill 103 - would repeal Ohio's death penalty. Both bills have strong bipartisan support, demonstrating how important repeal is to both sides of the aisle. Plus, Ohioans resoundingly support this effort. 59% support replacing the death penalty with life in prison without the possibility of parole. It is time Ohio end the death penalty once and for all.

Democracy is strongest when it includes us all. The ACLU of Ohio is committed to making voting more accessible, secure, and fair for all Ohioans. Our proactive voting rights advocacy agenda includes urging adoption of smart policies like expanding access to dropboxes by permitting counties to have more than one secure ballot drop box that is accessible 24 hours a day, modernizing our absentee ballot system by permitting Ohioans to request absentee ballot applications online, permitting counties to have the option of more than one early in person voting location, and creating fair legislative maps that allow voters to choose their representatives, not the other way around. Unfortunately, we must also combat House Bill 294. This is a trojan horse bill that would allow broad voter suppression by restricting early voting, limiting curbside voting, mandating dual identification in absentee voting, and more regressive policies.

Numerous states have implemented comprehensive non-discrimination laws to protect LGBTQ individuals from discrimination in housing, employment and public accommodations. Unfortunately in Ohio, non-discrimination bills have been introduced and stalled every year for more than a decade. LGBTQ Ohioans can still get married on Sunday, lose their housing on Monday, be denied employment on Tuesday, and be denied access to public space on Wednesday. It's time for this to end. Ohio lawmakers have the opportunity to extend basic statewide protections to LGBTQ Ohioans by passing the bipartisan Ohio Fairness Act — Senate Bill 119 and House Bill 208 – which would add sexual orientation and gender identity into Ohio's non-discrimination laws. We're working with our partners Equality Ohio, HRC and TransOhio to rally the Ohio business community and call on legislators to make these protections a reality this legislative session.

Read our A Side-By-Side Comparison: Ohio Fairness Act, Equality Act and Bostock Decision to learn more about how these laws and decisions will impact our communities, and why we need strong statewide protections here in Ohio. 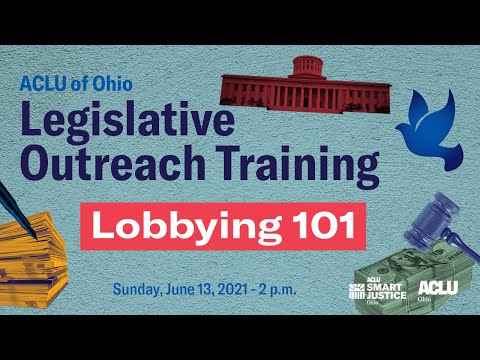 The entire playlist of training videos can be found on the ACLU of Ohio YouTube channel.

Visit the Ohio House and/or Ohio Senate websites: Search the bill number to read the bill’s language, check its status, and download additional testimony documents on

The ACLU of Ohio stands in opposition to the congressional districts proposed in HB 479 as they will not accurately reflect the people of Ohio in Congress.
November 10, 2021 Voting Rights

The ACLU of Ohio stands in opposition to the congressional districts proposed in SB 258 as they will not accurately reflect the people of Ohio in Congress.
November 9, 2021 Voting Rights

The ACLU of Ohio eagerly supports legislation that expands reproductive access, and that is exactly what HB 142 would do.
October 28, 2021 Reproductive Freedom

Keep in mind, the regulation being discussed in SB 242 is not radical or burdensome. It is simply acknowledging not everyone can or wants to use a credit card 100% of the time and recognizing the various problems that arise when, of all things, a business decides it does not want to accept cash.
October 27, 2021 General Civil Liberties

SB 181 is not only a reminder, it is a "belt and suspenders" approach to protect students' faith.
October 13, 2021 Religious Liberty Students Rights

Under HB 322, should a teacher or school district wish to inform her students of this history, she is forbidden to teach it or refer to is as deliberate, systemic racism.
September 22, 2021 First Amendment Racial Justice Students Rights