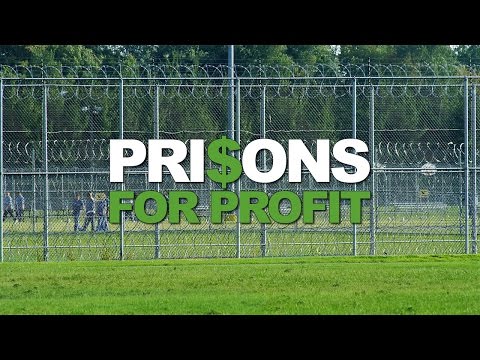 It's a dubious distinction at best. Ohio became the first and only state to sell a prison to a private company. The short documentary "Prisons for Profit" produced by the ACLU of Ohio, examines the first 18 months after Corrections Corporation of America purchased the Lake Erie Correctional Institution (LaECI) in 2011 from the state of Ohio. The film chronicles the disturbing and oftentimes dangerous set of events that unfolded in the aftermath of that sale.

Prisons for Profit was awarded a Bronze Prize by the Atlanta Underground Film Festival and is a Silver Award Winner in the 2015 Spotlight Documentary Film Awards. 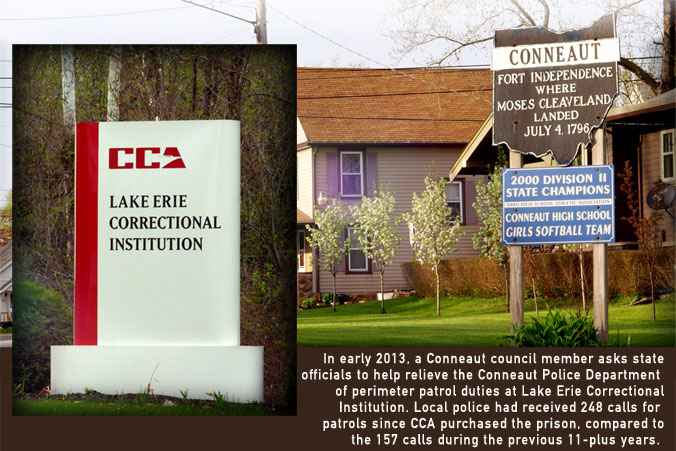 You can request a speaker to present information on prison privatization and to screen our documentary, Prisons For Profit, for students, re-entry professionals, or other advocates. 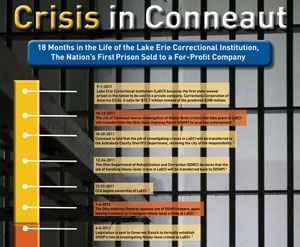 View the timeline of events at LaECI. 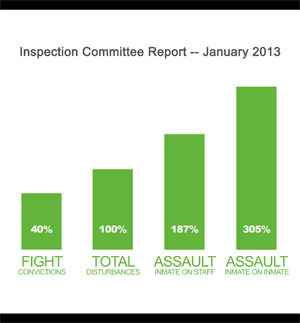 Problems plaguing the now privately-owned prison included rampant drug use, increased violence, inadequate medical care, and incompetence and confusion on the part of state and private prison officials. These issues are not uncommon in prisons for profit—when revenues drive decisions.

Often those who are housed in the prisons, those who work there, and those who live around the prison are the first to suffer from unsafe and inhumane conditions. In addition, prisons for profit only create an incentive for corporations to lobby for stricter laws to criminalize more people and feed our already bloated criminal justice system.

Family members of people incarcerated in the prison, former corrections officers and local officials were interviewed about their experiences with the private prison. While each of these people have had very different experiences with the prison, they are all unified in their belief that when prisons are operated for profit, they bring with them a host of troubles. ”Prisons for Profit” ends with a call-to-action for community members to stand up against private prisons and ensure that our liberty is not traded for profit.  The 22-minute film was chosen to premiere at the 39th Cleveland International Film Festival and was shown on March 26, 2015 as part of the festival's Ohio Shorts Program 3.

Something Must Be Done!

Private prisons put their own profit ahead of good public policy:

CCA promised to save Ohio money. Instead they continue to cut corners while keeping the profits and shifting the responsibility back to the taxpayers. It’s time for Ohio to stop the prison- for-profit experiment and end its contracts with private prison operators.

For more information behind the mismanagement of the Lake Erie Correctional Institution by Corrections Corporation of American, read: