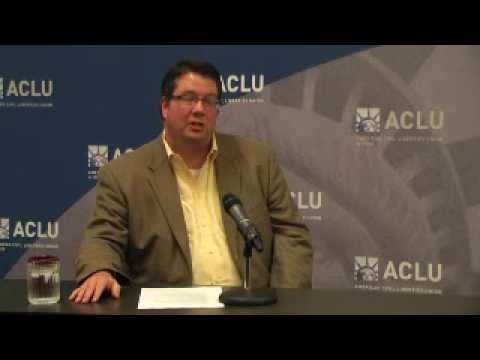 Scott Greenwood was interviewed on September 21, 2012 in Cleveland, Ohio by Jessica Marra as a part of our Oral History Project.  Scott has been an ACLU of Ohio board member since 1992.  He served as vice president of the board from 1993 to 1997 and general counsel from 1997 to 2004.  In addition, Scott is currently the Ohio ACLU’s national board representative, a position he has held since 2004.  He also has served as National ACLU general counsel since 2006.  Important cases mentioned include City of Cleveland v. Nation of Islam (1995), Equality Foundation of Greater Cincinnati, Inc. v. City of Cincinnati (1998), and In re Cincinnati Policing (2003).