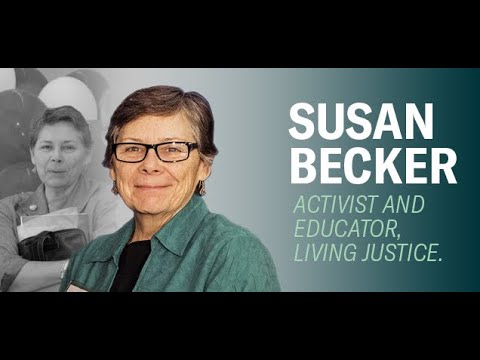 Susan Becker was interviewed on Wednesday August 8, 2018 at the Max Wohl Civil Liberties Center in Cleveland, Ohio by intern Meghan DeVol as part of the ACLU of Ohio’s Oral History Project. Susan spent 24 years as a law professor at her alma mater, Cleveland-Marshall College of Law, retiring in 2014. Over the years she taught civil procedure, remedies, legal ethics and professionalism, and sexual orientation, gender identity and the law. For over 20 years, Susan has shared her legal expertise and talents with the ACLU. She joined the ACLU Cleveland Chapter board in 1998, and was a founding member of the first Ohio ACLU LGBTQ Working Group at a time when many ACLU folks felt that sexual orientation and gender identity discrimination were not ACLU issues. In 2004, she transitioned to the ACLU of Ohio board of directors, where she has held many leadership positions, including board president (2009-2013) and general counsel (2015-present). In this interview, Susan discusses her upbringing, her commitment to education and the law, and the rights of LGBTQ people. She shares her perspective on cases such as National Socialist Party of America v. Village of Skokie, Obergefell v. Hodges, and Masterpiece Cakeshop v. Colorado Civil Rights Commission. She also discusses a case, Hertzler v. Hertzler, in which she represented a lesbian mother denied visitation with her children following a divorce. Read Susan's biography.