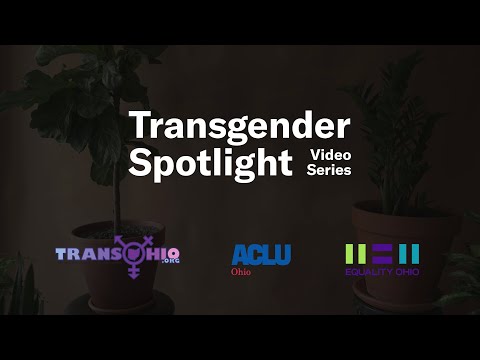 Review the FAQ: Correcting the Gender Marker on an Ohio Birth Certificate one-pager for more information.

Why does this matter? Knowing a transgender person is a good indicator that an individual will support broad non-discrimination polices, meaning they believe all LGBTQ persons should be protected under the law.

Who is transgender? Transgender is often used to describe people whose gender identity, expression or behavior is different from those typically associated with their assigned sex at birth. This can include people who transition from male-to-female (MTF) or female-to-male (FTM), and anyone whose gender identity or expression differs from traditional expectations of masculinity and/or femininity.

“Trans” is often used as shorthand for transgender.

What is gender non-conforming? This term refers to people who do not follow traditional ideas or stereotypes about how they should look or act based on the sex they were assigned at birth.

What is genderqueer? This term refers to a person who does not subscribe to conventional gender distinctions but identifies with neither, both, or a combination of male and female genders. As long as there has been gender, there have been individuals who identify outside of traditional male/female roles.

DISCLAIMER – The information on this website is not, nor is it intended to be, legal advice. Every case depends on the specific facts and circumstances involved. To submit a complaint for review, please go to our Legal Help page.

It Starts with Awareness, But Trans Ohioans Deserve More

Five Ways to be an Ally During Pride Month – and Beyond

Protecting Intersex Individuals in the Fight Against Anti-LGBTQIA+...