New ACLU Litigation is About Good Government and Reproductive Freedom 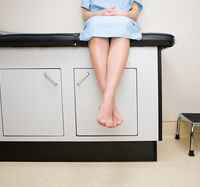 On October 9, 2013, the American Civil Liberties Union of Ohio announced a lawsuit challenging three of the controversial abortion-related amendments passed in June as part of the state’s massive budget bill (HB 59).

The suit was filed on behalf of Preterm, a Cleveland women’s health clinic that provides contraception, birth control, pregnancy counseling, and abortion services. One of the amendments in question bans public hospitals from making transfer agreements with abortion clinics. Another requires clinics to follow a government script when dealing with patients and to present those patients with evidence of a fetal heartbeat before performing an abortion or face criminal charges. A third amendment creates a new state “parenting and pregnancy” program that siphons state money directly to private organizations that are forbidden from mentioning abortion services. Regardless of your position on abortion, none of these amendments have any place in our state budget bill. The Ohio constitution makes it very clear that all pieces of legislation must be focused on a single subject. In the case of the state budget bill, the “single subject rule” demands that all amendments be related to the appropriation of state funds for existing programs. It’s not hard to see that amendments banning transfer agreements and requiring doctors to present patients with evidence of a fetal heartbeat have nothing to do with the appropriation of funds. And since the budget bill is intended to deal only with the funding of existing government programs, an amendment that sets up an entirely new “Ohio Parenting and Pregnancy Program” is also unconstitutional. At its core, this is a lawsuit is about good government. Of course it is also a lawsuit about reproductive freedom, since the bad ideas behind each of these budget amendments were all carved out of controversial stand-alone bills (either proposed or introduced). For example, the amendment banning transfer agreements is the continuation of a political strategy that chokes clinics out of business with bureaucracy by requiring them to have transfer agreements, then making it nearly impossible for them to get those agreements. Before this amendment was ever added to the state budget bill, Ohio Right to Life and their legislative allies had already used the threat of a stand-alone bill to intimidate a Toledo hospital into cancelling its transfer agreement with a local clinic, forcing that clinic to shut down. Never mind the fact that transfer agreements are completely redundant, and hospitals are still required by federal law to treat women who suffer complications from an abortion, with or without a signed piece of paper. Likewise, the budget amendment that requires doctors to read from a government script and present patients with evidence of a fetal heartbeat was clearly inspired by HB 200. This stand-alone bill generated national controversy when it became clear that it would require doctors to misinform their patients by telling them abortion causes breast cancer. Lastly, the creation and funding of programs that do not discuss or offer abortion services has its roots in the longstanding and highly controversial national scheme to defund Planned Parenthood. These three amendments represent years of counterproductive ideas, compiled and logrolled into the state budget in order to circumvent public debate. The goal is clear—to put abortion providers out of business in the hopes that it will stop abortion from happening. But this logic is fundamentally flawed. Contrary to the beliefs of many anti-abortion activists, preventing access to safe and legal abortions does not stop abortion from happening. It never has. All it does is make things harder on families who are already facing deeply personal life decisions. Our fundamental disagreements over abortion may never go away, but you don’t have to be pro-choice to understand that these tactics neither prevent abortion, nor protect women’s health. At the very least, we should all be able to grasp that our legislature cannot be allowed to circumvent the rules to fulfill a political agenda; no matter whose political agenda they are fulfilling. That is what this case is about.

Ohio Activist Toolkit: Abortion Polling and Messaging in the Post...

Your Rights to Abortion Care in Ohio

Legal Landscape of Abortion in Ohio