COLUMBUS – The ACLU of Ohio issues a warm endorsement of bipartisan bills announced earlier today that would enact bail reform through commonsense, fair policies to meaningfully improve Ohio's pretrial justice system. During the legislative press briefing, the primary bill sponsors – Senators Rob McColley and Steve Huffman and Representatives David Leland and Brett Hillyer – informed the public that there is unprecedented bipartisan support to end wealth based detention with 46 co-sponsors from both parties and both chambers.

"These proactive, companion, bipartisan bills are a long time coming. We've been a part of bail reform conversations for many years – from stalled legislation, to criminal rule changes, and participating on the Chief Justice's Task Force on Bail – and we are overjoyed and relieved to see that reoccurring themes and concerns about our broken pretrial justice system are being addressed head on in this legislation. We look forward to being a part of the solution and will do everything in our power to make these bills become law," noted Jocelyn Rosnick, Policy Director for the ACLU of Ohio.

"The proposed updates to Ohio law included in the bail reform legislation are substantial, comprehensive, and popular. We know that 77% of Ohioans favor requiring a hearing on release conditions in front of judge within 48 hours of detention and 69% believe in creating a release path for most people to go home on the same day as their arrest if they don't pose threat, two new policies covered by the companion bills. We need a pretrial system in which freedom is not contingent on how much money someone has – and we are deeply supportive of this new effort to end wealth based detention in Ohio," added Claire Chevrier, Policy Counsel for the ACLU of Ohio.

"Ohio should be a place of freedom and justice for all. We need to reform cash bail so we can ensure each and every Ohioan is treated fairly in the criminal legal system, regardless of skin color or ability to pay. Ohioans have spoken - we will use our collective people power to ensure these desperately needed improvements to our pretrial justice system become permanent," added J. Bennett Guess, Executive Director for the ACLU of Ohio.

In March, the ACLU of Ohio, Americans for Prosperity Ohio, The Bail Project, The Buckeye Institute, Ohio Justice and Policy Center, and The Ohio Organizing Collaborative – released a statewide public opinion poll conducted by the Tarrance Group, revealing that 75% of Ohioans believe that Ohio’s criminal legal system is in need of reform.

The ACLU of Ohio encourages all Ohioans who value justice to thank the bill sponsors and co-sponsors through a new online action.

We Have A Bail Reform Bill. Thank The Legislators Who Made It Happen. 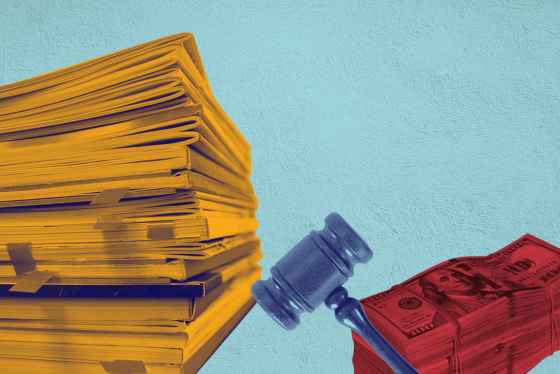