Introduced in May 2021 and garnering broad, bipartisan support, HB 315 has the power to transform communities statewide and improve Ohio’s pretrial system through common-sense policy solutions. Representatives David Leland and Brett Hillyer along with more than 40 cosponsors are leading this effort.

On any given day, up to 12,000 Ohioans are forced to sit in jail, while they are still legally innocent. This key legislation would pave the way to end wealth-based detention, while improving public safety. HB 315 also has the potential to save the state enormous amounts of money, with research suggesting that Ohio could see $199-264 million in annual savings as a result from bail reform.

The ACLU of Ohio’s latest pro-bail reform advertisement push also comes on the heels of the organization’s fervent opposition of Issue 1, a misguided effort to enshrine cash bail within the state’s constitution. Issue 1 stems from a Supreme Court of Ohio decision, Dubose v McGuffey, issued in early January 2022, and only furthers the false narrative that cash bail is linked to public safety. Ohioans have the opportunity to vote “No” on this harmful measure during this year’s General Election in November.

“We stand firmly in our belief that a person should not be incarcerated solely because of the amount of money in their wallet, and we hope these billboards provide Ohio lawmakers with a physical reminder that pretrial fairness is possible – and well within their reach,” said Patrick Higgins, policy counsel for the ACLU of Ohio. “HB 315 provides straightforward solutions to Ohio’s broken system that are long overdue by preserving the presumption of innocence. Our communities cannot keep waiting as friends, family members, and loved ones are forced to suffer in jail due to an inability to meet senseless cash bail requirements. It is time to advance HB 315 to create a safer, more equitable path forward for Ohio’s pretrial justice system.”

One of the billboards is located on West Elm, at the Northeast corner of McDonel-Lima, and the second is on East North Northeast Corner of Union.

View the billboard advertisements below. 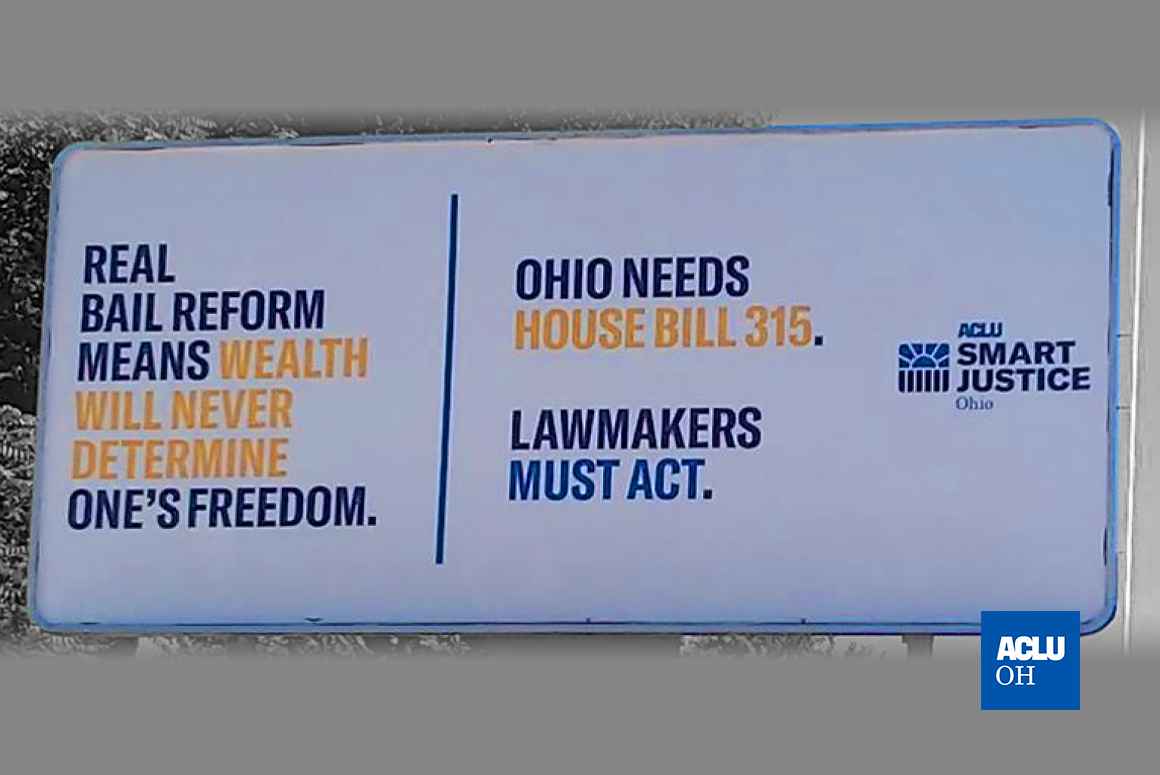 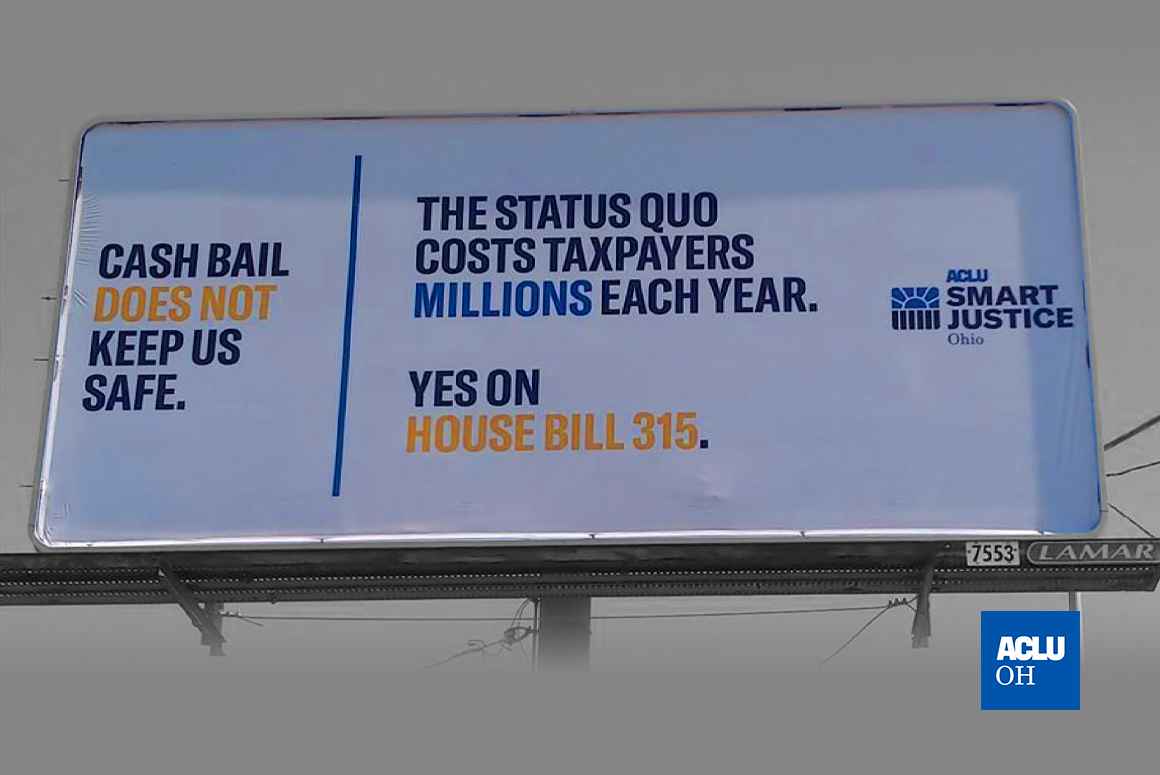