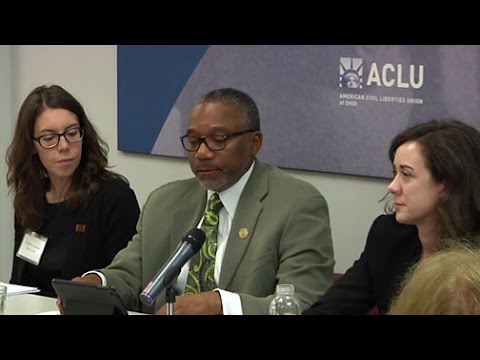 Political conventions often result in massive violations of civil liberties. Past conventions have seen arrests of protesters and innocent bystanders, suppression of political speech, racial profiling, police misconduct, mass surveillance, and interference with travel and association. On June 7, 2016, we gathered to discuss what to expect before, during, and after the RNC. Panelists reviewed how the RNC will affect policing and protesting in Cleveland, as well as ways people can get involved.