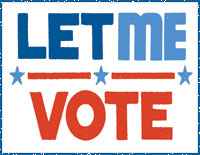 Below is an excerpt from an Op/Ed that appeared in The Columbus Dispatch on 12/07/2013.

It’s no big secret that manipulating voting laws is a partisan blood sport in Ohio. The controversies of 2004 are the stuff of legend, and in 2012 we saw a voting bill so obviously partisan that the voters themselves organized a ballot referendum to strike it down.

At this point, the idea that some politicians are willing to game the system for competitive advantage isn’t exactly shocking. But these are savvy people and they have learned their lesson from past debacles.

No more shenanigans immediately before an election. No more referendums-waiting-to-happen.

This time, they are boiling the frog slowly.

It starts with Senate Bill 238, a bill that shaves six days off of early voting and also eliminates golden week, that brief window of time where voters can register to vote and cast an early ballot on the same day.

Golden week undoubtedly makes it easier to vote, and we’ve had it for nearly seven years now with no indications of any widespread problems. Allowing voters to register and cast their ballot on the same day isn’t something new or unique to Ohio. In fact, 10 other states have taken same-day voter registration a step further, allowing voters to register and cast a ballot on Election Day.

If anything, we should be joining these other states. If Wisconsin, New Hampshire and Idaho can find innovative ways to make voting easier, surely Ohio can do the same thing.

Instead, we’re going backward. Golden week is on the chopping block and it won’t stop there. Before long, Ohio legislators will be talking about even deeper cuts to early voting. Eventually all of the shenanigans from the past will be back on the table in smaller, bite-sized pieces.

These options have increased voter turnout and made the democratic process more accessible for millions of Ohioans. Why would we want to go back?

Read the rest of this column at The Columbus Dispatch, then take action to ask Ohio legislators to stop making it harder to vote.