This is the second article in the “Online for All” series.

The Americans with Disabilities Act of 1990 finds that “discriminations against individuals with disabilities” persist in critical areas, such as voting.  It stipulates that all state and local governments ensure that people with disabilities have equal access to government programs and services, as well as requires equally effective communications to these individuals.

In Ohio, with regard specifically to voter registration, we still haven’t entered the 21st century.

Read our first article, “‘Online For All’ Makes All the Sense in the World.”

As of March 2015, a total of 20 states offer full online voter registration, with another five states waiting to implement the system, according to the National Conference of State Legislatures. Ohio, on the other hand, has a limited online registration system that only allows updates to be made to existing voter registrations. New voter registration applications must still be done on paper. 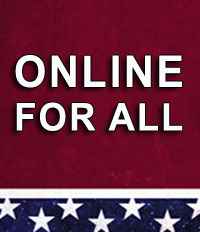 Like most people without a disability, those who have one usually have limited time or energy to devote to filling out confusing forms, understanding the convoluted language, copying required documentation and going out to register. On top of this, people who have a disability also have very obvious issues arranging transportation, not to mention the obstacles facing those with a hearing, vision, or mental disability.

"Online for All" is an important action program of the American Civil Liberties Union of Ohio. It advocates for an easy-to-use, vigorous online registration system in Ohio that will address many of these difficulties and allow those with disabilities to participate in our democracy. Existing technology and registration programs, employed and proven successful in many other states, would allow Ohio to much better serve the many hundreds of thousands of its citizens who now are undeserved, contrary to law.

So let’s get our lawmakers firmly into the 21st century. They need to understand that every vote is vital, so every voter registration is too. All new Ohio voters, especially those with disabilities, should be able to register online via a fully accessible website.

Fred Ross is a volunteer for the ACLU of Ohio.