Being Anti-Racist Means Fighting Against Anti-Asian Violence, Too

Make no mistake, anti-Asian sentiments have long been ingrained within the systems of the United States in their own ways.

I remember it clear as day, even though it was almost a year ago. During one of the many COVID press briefings that took place in the beginning of the pandemic, a brave female reporter asked then-President Trump: “Why do you keep calling it the Chinese virus?” In response, he leaned into the microphone and, with a look as if he didn’t understand why she didn’t know the obvious answer and was unintelligent, he simply stated:

“Because it’s from China?”

And thus began the Chinese Virus and Kung Flu proclamations.

Make no mistake, anti-Asian sentiments have long been ingrained within the systems of the United States in their own ways. For instance, along with Arabs, South Asians, specifically turban-clad Sikhs, have disproportionately been targeted and killed since 9/11 due to the common misconception that they are Muslims. Racism against the South Asian community can be traced all the way back to the first big waves of South Asian immigration to the US.

However, what we’re seeing today during the time of COVID-19 is an anti-Asian violence targeting individuals and groups who appear to be Chinese. This has resulted in ignorant and racist perpetrators attacking individuals with many different Asian backgrounds: “East Asians who look Chinese are now experiencing this, and this goes back to a long history of anti-Asian discrimination in this country,” Chris Kwok, a board member for the Asian American Bar Association of New York, has said. This long history has included the metaphor of Yellow Peril, in which East Asians have been pitted against the West, seen as an antithesis to the Western world. This rhetoric is remarkably similar to the way Muslims (and, resultantly, South Asians and Arabs of all religious faiths) have often been seen as the downfall and opposite to Western society.

Stop Asian American & Pacific Islander (AAPI) Hate and the AAPI Emergency Network have collectively received almost 6,000 reports in this past year, and the aggressions have continued into this year, with the most egregious act of violence resulting in an 84-year-old elder dying after being brutally knocked to the ground. There were six reports in Cleveland alone, up from two in 2019 and resulting in a 200% increase in 2020. The numbers from the rest of Ohio have trickled in as well.

On the throes of the Black Lives Matter movement that gained major momentum in 2020, this has left many Asians wondering, “well, what about us?”

Some have voiced this out loud, especially online through social media channels such as Facebook, Twitter, and Instagram. Many others have not, afraid to take up space in a movement where they, unlike their Black neighbors, colleagues, and friends, have benefitted from their proximity to whiteness and the “model minority” myth, which has characterized Asian Americans as a polite, law-abiding group who have achieved a higher level of success than the general population through some combination of innate talent and pull-yourselves-up-by-your-bootstraps immigrant striving – despite that fact that there are many Asians who can trace back their American roots by several generations. Adding to this is the glaring problem of anti-Blackness often found in Asian communities and the fact that some of the perpetrators of the recent anti-Asian attacks were Black, leaving some wary of calling attention to the crimes so that media and others won’t perpetuate anti-Blackness through their racist framing of the suspects.

Thankfully, however, organizers and leaders of Black and Asian communities have been swift in denouncing racism against the other community, recognizing that it is a rhetoric rooted in white supremacy that has pitted one community against the other. Racial divisions will take a lot of work to overcome between the two communities, but it can be done, especially with incredible organizers and leaders now having important conversations. “We all need to understand that it is possible to hold multiple realities at once,” Cynthia Choi, Co-Executive Director of Chinese for Affirmative Action in San Francisco has said. “Communities can uplift and support the survivors of these attacks. They can acknowledge complicated – and, at times, racist – feelings and educate people on the origins of racial divisions within each community without pitting communities of color against one another.”

However, for those who do not identify as Black and/or East Asian and looking from the outside in, I implore you to reflect, if you believe yourself to be doing anti-racist work, what have you done in light of the yet-again growing rise of anti-Asian rhetoric and violence? What will you do now, knowing that Asian Americans are feeling scared, neglected, and frustrated while their community members are being attacked in public spaces – while they fear for their elders, who are being literally killed in the streets?

Fighting racism does not mean you can only fight for just one community at a time. Anti-racist work means recognizing the oppression of multiple communities within institutions that perpetuate white supremacy.

Anti-racist work means fighting against anti-Asian violence and rhetoric, too.

And Ohioans, you can take the first step by calling on your state leaders to denounce discrimination against Asian communities. 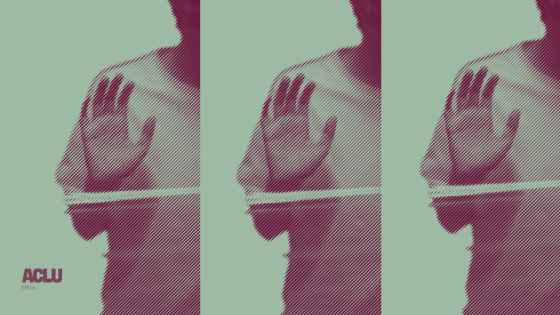